Year of The Bruja 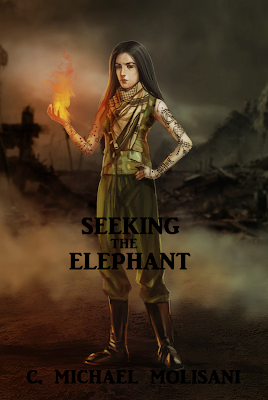 As we continue to pour energy into "Mayhem," and getting it ready for publication I'd like to take a moment to look back at 2018, "Year of The Bruja."

"The Bruja" began final publishing phases in late 2017. Copy & content editing were completed, and publisher negotiations had been wrapped up. I was on pins & needles, dreading what would come next. Only two or three people had read the final edits by then and I was terrified. Would my first book hold up to critical scrutiny? Had I written a story worth reading? Did I even know how to write?

I wouldn't know right away either. "The Bruja" was greeted with strong sales out of the gate in January, but very few people read the book immediately. It would be months before the reviews actually came in. If you know me, you know that I am not a patient man.

As of 12/28/18, "The Bruja" has sold roughly 3,000 copies. If you compare that to other modern writers, you might quantify this as a failure. I don't. That's 3,000 readers who are likely to purchase "Mayhem," based on the merit of my writing. Market & sell to another
3,000 people and that doubles my reader base. No, you won't see my name on the NYT bestseller list, and that's fine. I'd rather write good books than popular books.

Another interesting fact -- of the 3,000 "The Bruja" units sold, only 22 are softcover, physical copies. I can confidently say my publisher's emphasis on these traditional copies is both antediluvian and irrelevant. The future of book sales is one-hundred percent digital. I'm happy to abandon the world of traditional publishing in favor of KDP and give you the most, with as little between your experience & my creation, as possible.

In closing, 2018 has been a great year. I learned a lot, and I made just as many mistakes as I earned great successes. "The Bruja" won "Break the Bechdel with Strong Female Characters Award" on Inkshares, topped my publisher's Horror genre charts for 4 months straight, and won the attention of readers worldwide. Thank you all for that -- genuinely and truly. Without readers, an author is just a madman sitting in front of a computer.

I'm looking forward to 2019, and the release of "Mayhem." I hope you'll join me for this new adventure. For now, have a happy New Year!